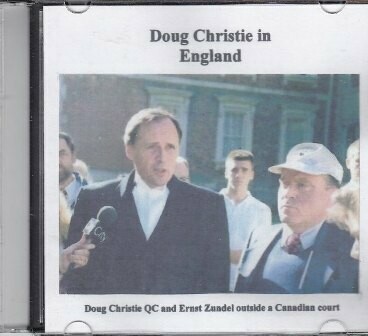 Doug Christie is perhaps best known for his battling defence of those in Canada who have fallen foul of the liberal Canadian government's draconian and tyrannical "hate laws". Men such as school teacher Jim Keegstra and German-Canadian publisher Ernst Zundel.

At the time this video was recorded in the mid 1990's, Christie was in England to defend Lady Jane Birdwood, of CHOICE newspaper, against charges of "incitement to racial hatred".

Save this product for later
Display prices in: GBP